Lions Head; half way up the Bruce


Lion's Head, so named after a portion of the Niagara Escarpment you can see from the water that resembles a lions head, is an active port town on Georgian Bay.

Also known for the Bruce Trail, this bayside town has numerous B&Bs and cottages for rent.

But unlike some other Bruce Peninsula towns that close up shop for the winter, Lion's Head has the only high school on the Bruce north of Wiarton. 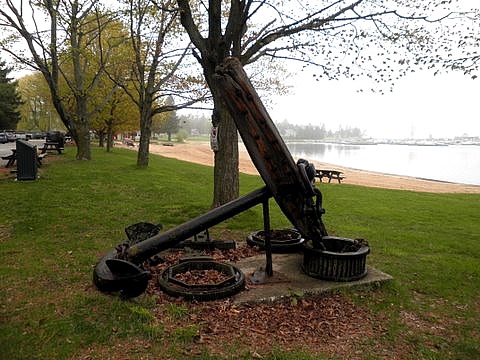 We used to make an annual pilgrimage  up to Lion's Head for the Bruce Peninsula Art Show. Admission is free and it is held on the Civic Holiday weekend at the high school.

Its a great way to get exposure to local artists that are inspired by the Bruce Peninsula, waterfront and the beach.  Remember this is the same area that so inspired the Group of 7 artists.

Lion's Head and its marina are found in the protective Isthmus Bay. It makes this town a natural port.

There is even a small sandy beach area to the right of the marina, which is unusual for Georgian Bay which is  typified by its flat slate rock.


Lion's Head is a perfect spot to use as a base to explore the northern part of the Bruce. There  is a branch of the Bruce Trail that can be accessed from here (Gunn Point), although it is definitely not suited to young children or novice hikers.  But there is always the Lion's Head Nature Reserve for a more leisurely hike.

The area is also known to be a favourite among hikers and sea kyakers for the exposed cliff faces and open waters of Georgian Bay. 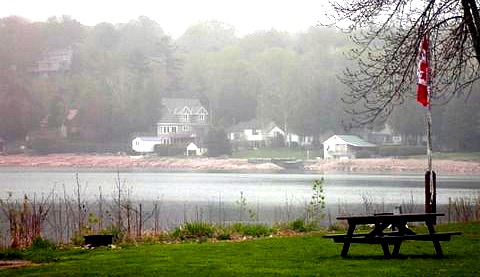 In addition to being a base for outdoor adventurists it is a great cottage area for people who still want to have some comforts of home. There is a grocery store, a hospital, a liquor store and even a nursing home.

There are boutiques and art galleries as well.

For me and my family however it is one of the places we religiously stop at while we explore the Bruce Peninsula each summer.